NODE has a total initial supply of 100,000,000 tokens. These tokens have been distributed in accordance with the following chart: 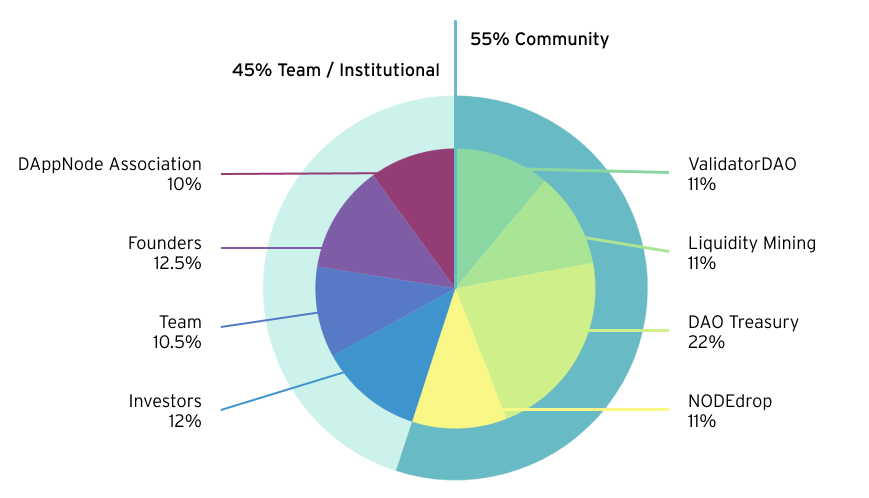 NODE has been airdropped in a NODEdrop to our community of faithful supporters. Recipients of the NODEdrop include:

90% of the entire initial supply of NODE has been allocated to the "NODEstream" which is set to flow for a period of 3 years (36 months - i.e. until July 2024). This is essentially a continous stream of NODE that flows out of the "Reservoir" and into the "Claimable" section of the dashboard. NODEstream distribution can be roughly tracked as follows:

This chart show how the function works in eth network. 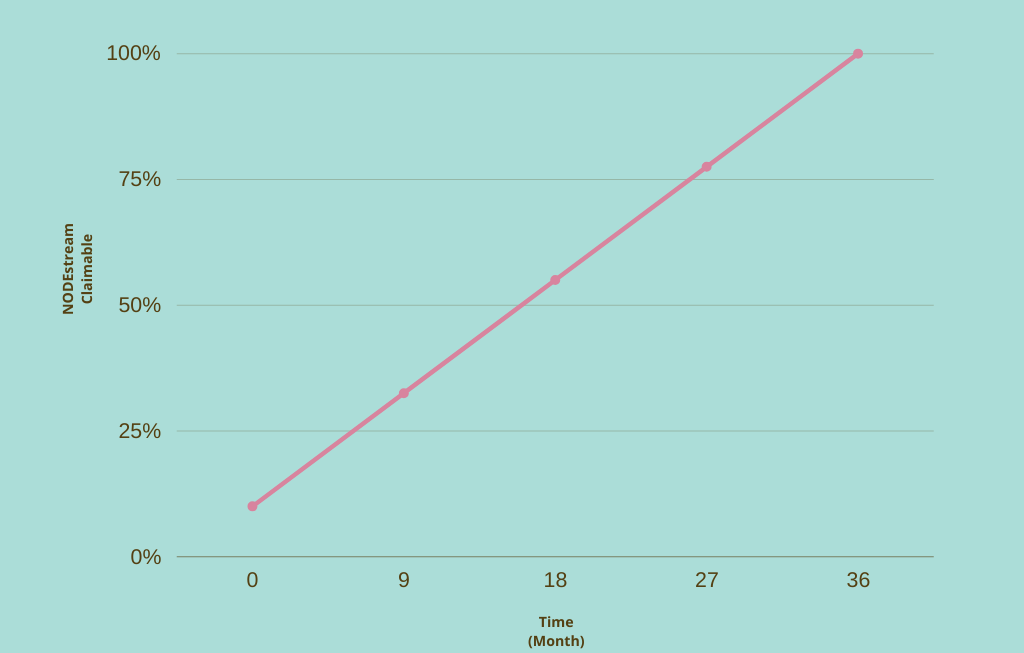 This chart show how the function works in dao network. In eth 10% was available at the beginning. In xdai is different, initally it was not available any % token. 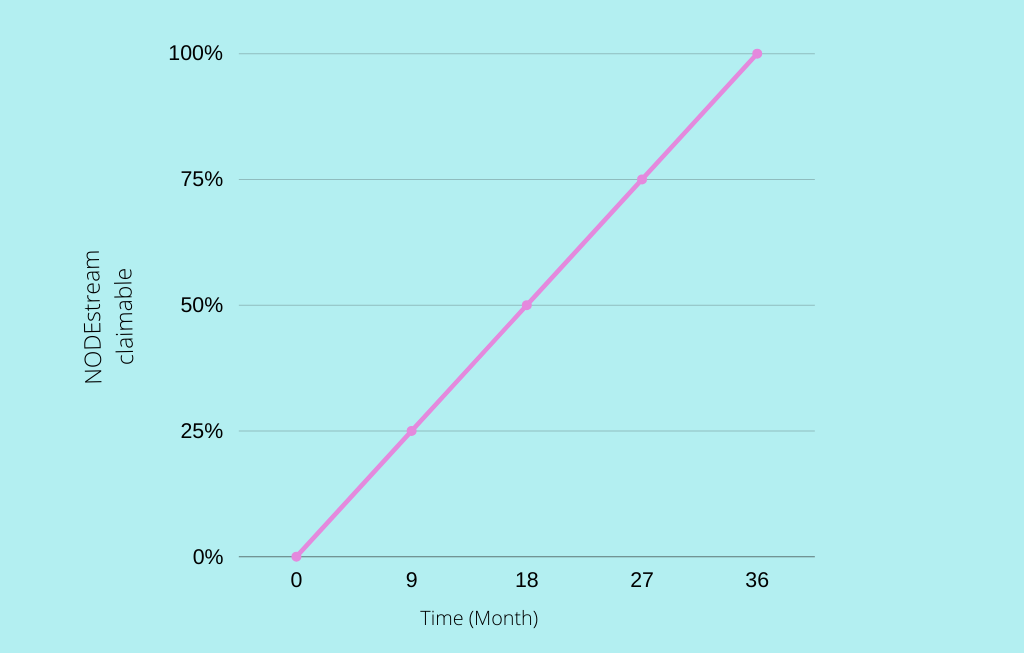 The NODEstream has been designed to encourage long-term participation in the NODE Economy. As the NODE Economy grows and the DAppNode universe expands, our community is awarded even more NODE to use in DAO governance.

Recipients of the NODEdrop on xDai Network are granted the NODEstream, whereas on Mainnet the NODEdrop does not include the NODEstream automatically. In order to receive and augment the flow of NODE you must provide liquidity in any of the eligible pools. Some part of the rewards earned from NODEstaking are claimable immediately, where as the other part is allocated to the reservoir for NODEstreaming.